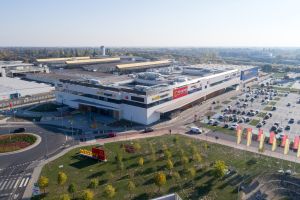 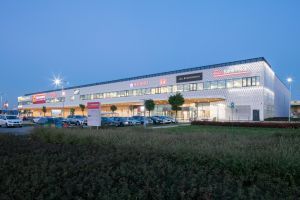 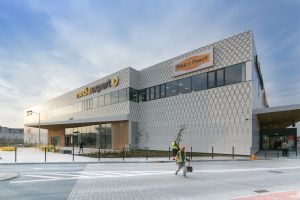 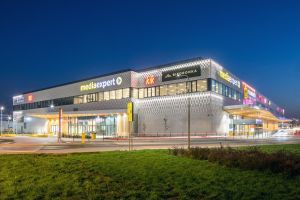 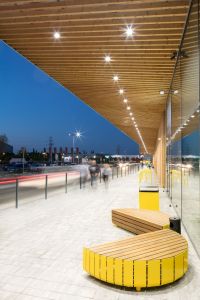 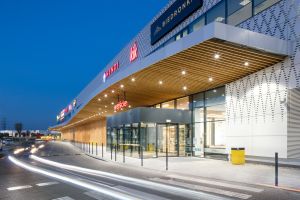 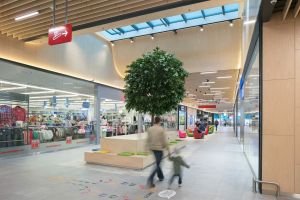 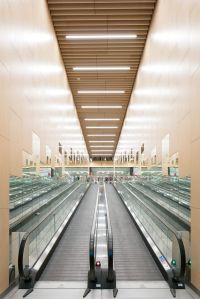 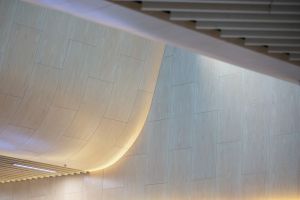 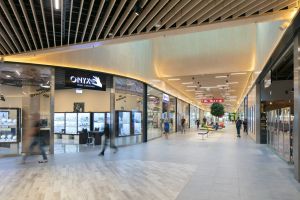 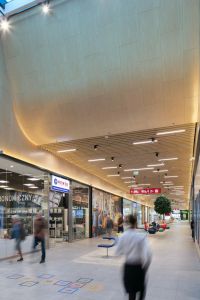 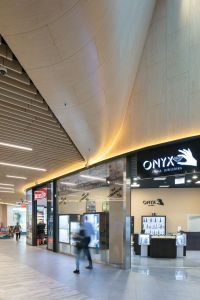 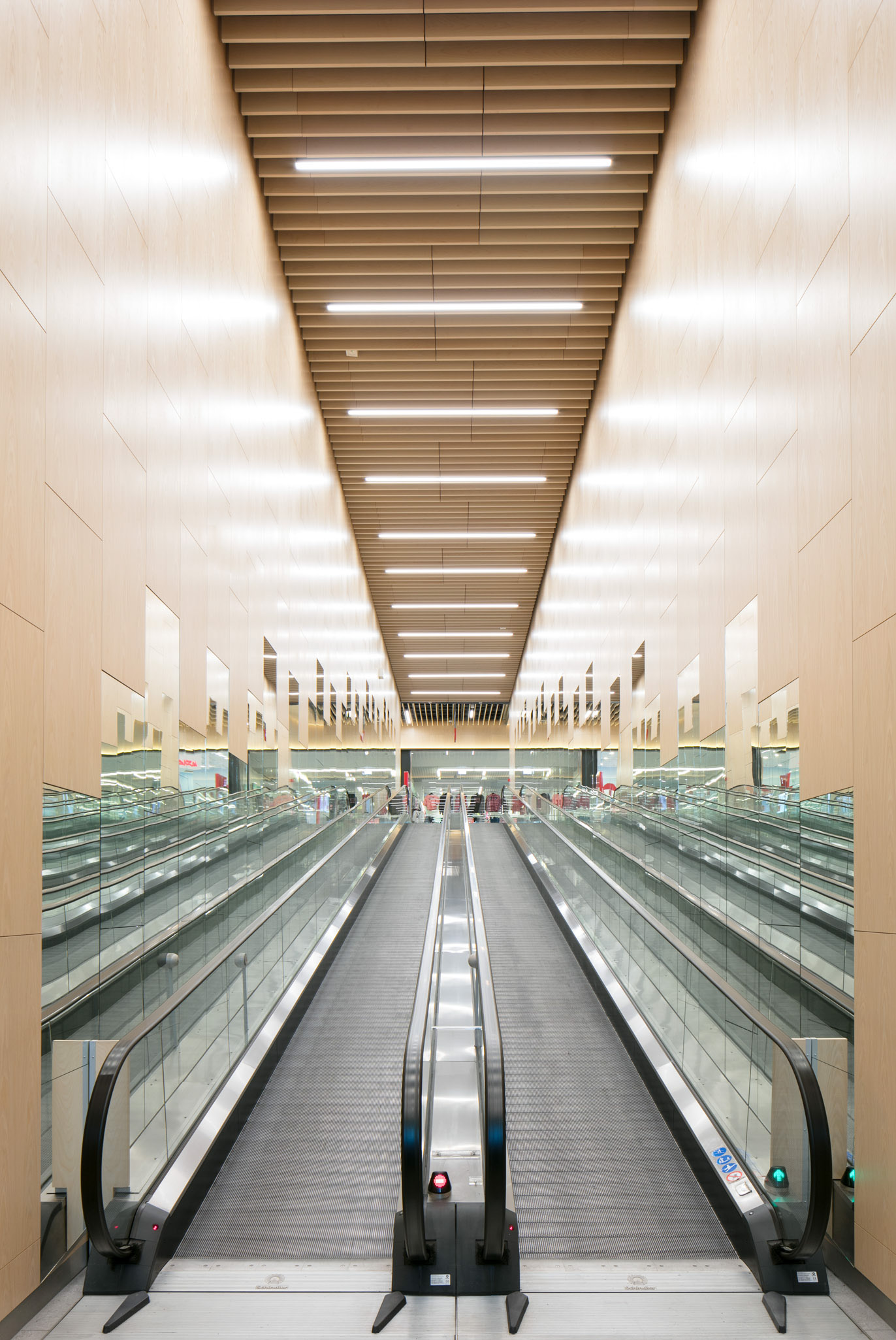 A small centre with lots of variation

We got involved early in the project when the client’s own leasing department had created a draft setup of anchors and mall corridor. By changing position of some tenants and functions we managed to open a 3rd entrance facing much of the existing retail units in the area. Instead of a centre mainly focusing on designated customers coming by car and parking in front of the building, it also became more inviting for pedestrians from other parts of the area.

We believe that mall spaces primarily should adapt to the functions that it hosts, which means that you have to avoid generic widths and heights of those spaces. Instead of a ”cathedral” approach, which is common in the industry, we firmly believe that the mall experience shall be as varied and inspiring as visiting the stores along it. In line with that philosophy we changed the mall space, ge gained leasable areas and created a much more commercial solution.

Just like the mall space tightens and opens up, according functional needs, the ceiling height also varies. So instead of yet another generic centre, customers will soon experience a centre full of experience and variation.

The project was inaugurated in the autumn of 2017.